The history of Santorini: The art of survival

The history of Santorini is one of the most beautiful stories for the eternal struggle of man and nature. As the elements of nature, wherein Santorini are strongly associated with the action of the volcanoes, the people of the island, over the centuries, found ways to survive and create.

From the volcanic eruptions of ancient times, which connected Santorini even with the myth of the lost Atlantis, until the recent earthquakes, the history of the island is directly related to the ' restless ' soil and the volcanoes. The old and the new kammeni islands, the two quiet islands dominating the archipelago of Santorini shaped the history of the island along with the people. The people who lived in Santorini learned to survive and created civilizations despite the adversity and the challenges.

Each layer of the volcanic soil on the caldera has its own story. Every corner of the island reveals a different aspect of the history of the island. From the prehistoric settlement of Akrotiri on the top of Mesa Vouno and the ruins of Ancient Thira, from the 18th century mansions of Mesaria to the vineyards, Santorini and its people were never discouraged. They did not abandon or stopped making the history of this unique island in the world.

Countless myths are connected with the birth and evolution of the island of Santorini, such as the myth of Deucalion, who survived from the cataclysm that caused by Zeus to punish the people, found refuge in Santorini. Another myth says that the angry reaction of Neptune provoked a sea storm that flooded Attica, after losing the competition with Athena for the protection of Athens, that reached Santorini. A different legend says that when Santorini appeared from the sea had a round shape and this is because its first name was Stroggili, meaning round. The findings in Akrotiri witness the development of an entirely organized city that flourished in the third millennium BC which has been destroyed by the volcanic eruption.

The event that changed the island's history and played a massive role in the course of history of the Mediterranean is the great eruption of the Late Bronze Age (around 1600 BC) that actually destroyed completely the island. Three lanes of soil, three different islands occurred Santorini, Palea Kameni and Thirassia, creating the unique caldera. Recent findings of Prof. Walter Friedrich, by examining olive branches buried in the lava, releasing that the volcano's eruption  has no connection with the destruction of the Minoan civilization. No matter when the volcanic eruption happened Santorini begins to rewrite its history and kept many secrets in the grounds. Among the many conquerors found on the island, the Phoenicians and the Dorians enchanted by the beauty of the place but the Spartans were the ones who called and named for the first time the island Thira after their leader when moved to the island in the 8th century BC.

At the time of Byzantium

During the Roman times there is nothing recorded in Santorini, while in the Byzantine Era, the island adopted the Christian faith, has appointed its own bishop and organized it’s own Christian church. After the fall of Constantinople, the island was conquered by the Venetians, who named the island Santorini from the church of Santa Irene, in Perissa. In 1207 Santorini was part of to the Duchy of Naxos which belonged to until 1579 and then passed to the Ottomans  although for a short time the Santorinians managed to recover but then lost again their freedom. As the Ottomans occupied the island it still had partial autonomy. He even elected representative who spoke to the Turkish authorities for Santorini. The island joined Greece in 1830 with the signing of the Protocol of London.

In the 18th century Santorini experienced large growth due mainly to wine exportation. Vinsanto reached to Russia and Santorinians became a great naval power. The glamor of the era had been expressed in the splendid mansions scattered throughout the island. The earthquake of 1956 caused significant damage to the island changing once the course of the island and its residents, since many residents left the island. After the 1970 Santorini became famous world widely for its unique landscape and grow rapidly as a top tourist is today destination in the world.

History Witness, Where you will see the history of Santorini.... 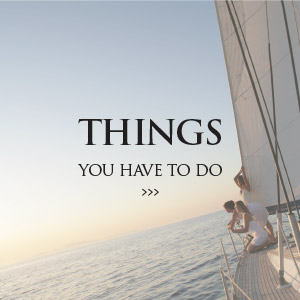